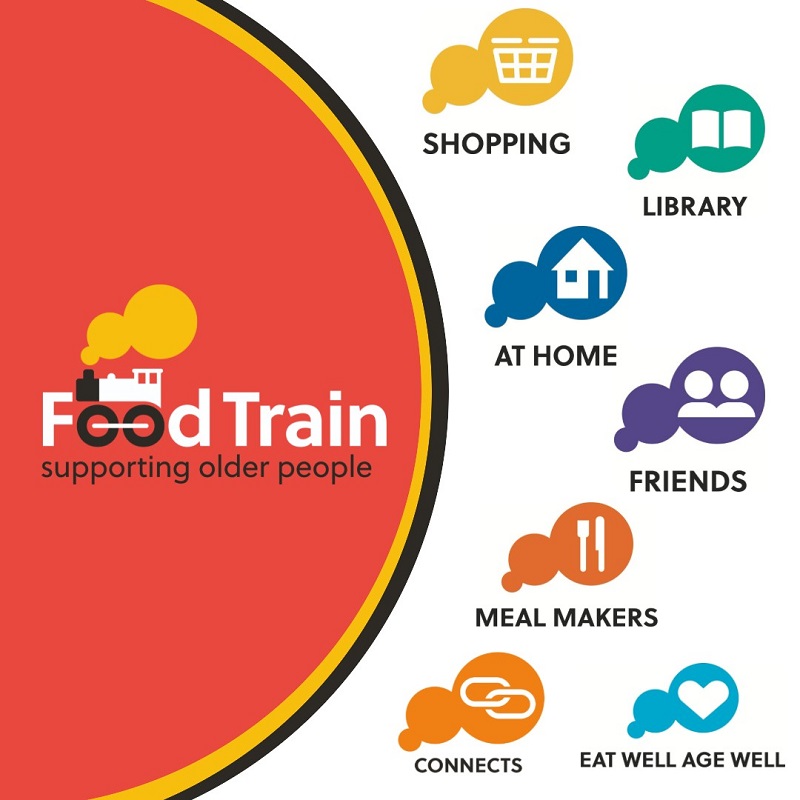 Eat Well Age Well is an innovative project from Food Train. Since launching in 1995 in Dumfries, Food Train has supported vulnerable older people in need by providing vital services to those who are no longer able to manage independently through age, ill health, frailty or disability.

Since 2013 Food Train has been at the forefront of meetings and events around malnutrition and has been involved in nutrition and hydration advocacy alongside the larger national associations and charities. Prior to inception there had been a series of milestones and key events which built the case and momentum for such a project.

The Eat Well Age Well project was initiated and planned by Food Train in 2016. It was developed and informed by research, Food Train's experience and learning from working with older people for over 23 years, as well as the evidence and experience gained by the UK Malnutrition Task Force.

Funding was secured from The National Lottery Community Fund in 2017 for a 3.5 year period until March 2021 for a team of six core staff.

Phase 2 of the project was confirmed in June 2021 with funding secured by the Scottish Government for a period of 18 months until Nov 2022.