Who is at Risk of Malnutrition?

Older people are at higher risk of malnutrition than younger people, and at Eat Well Age Well our focus is on older people aged 65 years and over. Older people living at home are at risk of becoming malnourished due to a variety of reasons such as decreased sense of taste and smell, restricted mobility, and feelings of loneliness

How many older people in Scotland are affected by malnutrition?

Malnutrition in the community in Scotland is not routinely measured, therefore the true extent of the problem is unknown. 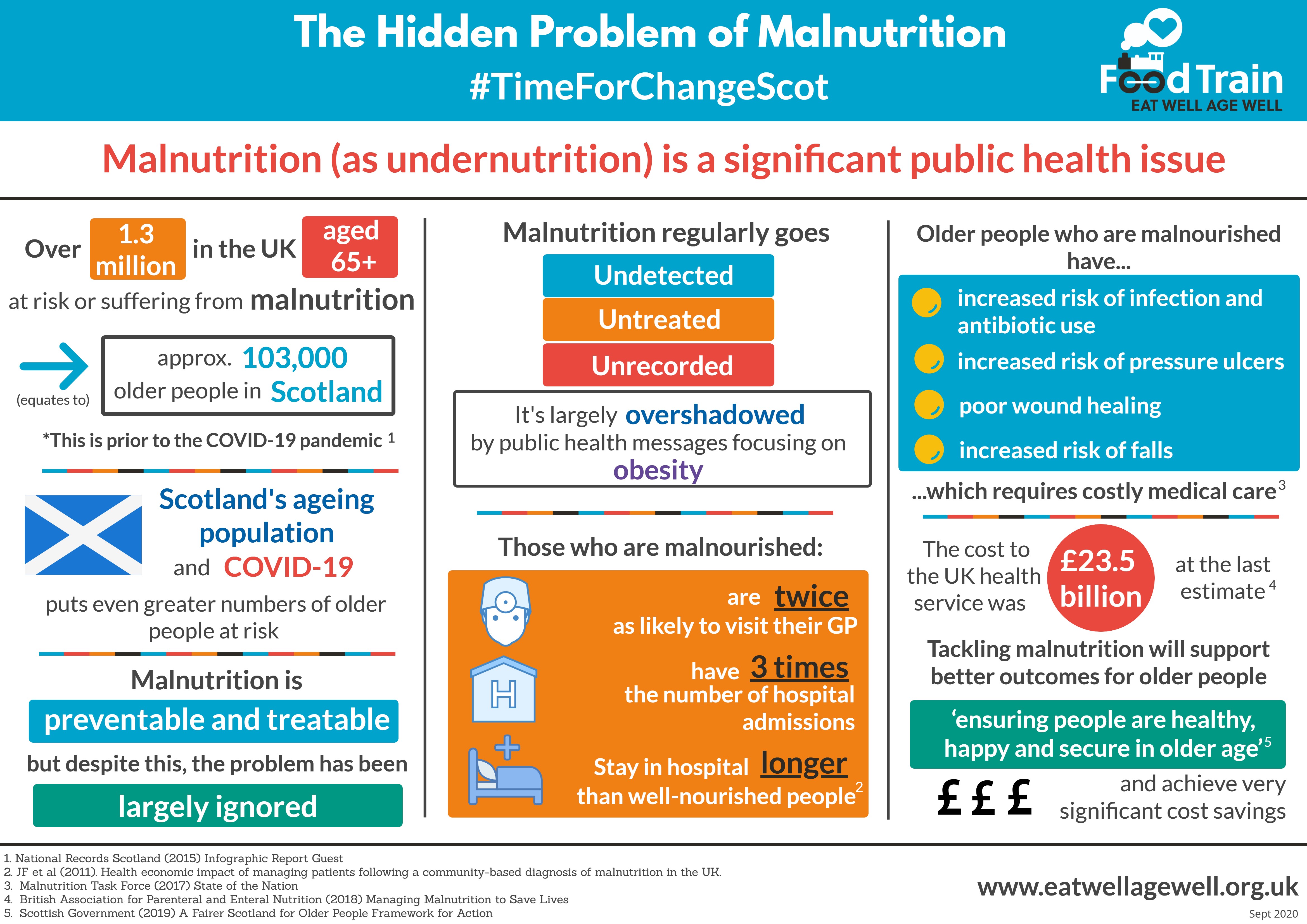